怎样移动富士山？
这个问题是比尔·盖茨对那些渴望应聘微软公司的大学毕业生提出的一道面试题。而对此，比尔·盖茨的解释是：它没有固定的正确答案，我只想了解这些年轻人有没有按照正确的思维方式去思考问题。
最明智的选择：
If you don’t like something, change it. If you can’t change it ,change your attitude. Don’t complain.

God-shaped Hole Lyrics:
Every point of view has another angle
And every angle has its merit
But it all comes down to faith
Thats the way I see it

Does the world seem gray with empty longing
Wearing every shade of cynical
And do you ever feel that
There is something missing?

Vital Friends: The People You Can't Afford to Live Without 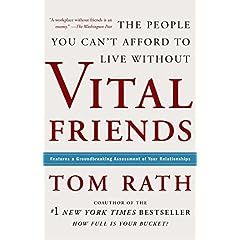 Availability: This title will be released on August 1, 2006. You may order it now and we will ship it to you when it arrives. Ships from and sold by Amazon.com.

98 Degrees - Because Of You

来自VeryCD的专辑信息
专辑: The Collection
发行: 2002年
介绍:
98 Degrees have always had a simple philosophy about success: persevere, work hard, have faith and eventually you'll reach your goal. For the quartet, who've sold millions of albums and earned a devoted fanbase since they arrived on the music scene in 1997, that humble way of looking at things has helpedmake them four of the hottest singing sensations in pop music.But their ultimate aspiration has always been clear-having people recognize that their talent goes beyond just their amazing harmonies.
曲目:
01. Invisible man
02. Because of you
03. The hardest thing
04. I do (Cherish you)
05. Why (are we still friends)
06. Thank God I found you (Mariah Carey & Joe)
07. Give me just one night (Una Noche)
08. My everything
09. The way you want me to
10. This gift
11. Was it something I didn't say
12. Never let go
13. True to your heart (Featuring Stevie Wonder)

Today at lunchtime, an earthquake gave the office workers of Beijing a little wobble, although apparently nobody at ground level noticed the ground moving beneath their feet. A few hours later, Xinhua released this report -- the English and Chinese versions came out simultaneously:

An earthquake measuring 5.1 degrees on the Richter scale jolted a county in
north China's Hebei Province at 11:56 a.m. (Beijing Time) Tuesday, according to
the State Seismological Bureau (SSB).
No casualties are reported at press
time, according to the bureau.
The earthquake was a shallow-focus one, with
its epicenter being around 110 kilometers from Beijing and about 80 kilometers
from Tianjin. So the quake was clearly felt in the two cities, said Zhang
Hongwei, a spokesman for the bureau.
But the tremor would not cause any
damage to Beijing, Zhang said.

Coming a few days after the proposal of a an absurd law that could result in fines for news media that report "sudden" news items without approval (see Danwei story: Draft bill: Breaking news stories to be illegal), this earthquake provoked a storm of mobile phone text messages and MSN conversations amongst Chinese media circles.
The Big One would hit Beijing at 2pm, said one rumor, later revised to 5 pm, and then 7 pm, as the rumored Big One stubbornly refused to arrive.
Which made clear a very pertinent point about the recent proposed law that threatens to fine news media for reporting 'unauthorized' stories about breaking events: The function of news media during a time of emergency is to gather as many facts as possible and present a version of the truth that is better researched than casual text messages. Any law that hinders the process of sorting the facts from the rumors is a bad law. The law is a lost cause anyway. The information floodgates are already open. Here for example is a blog post from Xujin that links to handfuls of first person accounts of the earthquake on a bunch of blogs hosted on Hexun, which is affiliated with Caijing magazine: North China earthquake: Hexun blog special focus (华北发生地震 和讯博客聚焦).
The image reproduced above is taken from Xujin's blog post: it's a map made from Google Earth of the earthquakes epicenter.